Hunters and wildlife enthusiasts in Pennsylvania are finding many benefits in streamside forests. 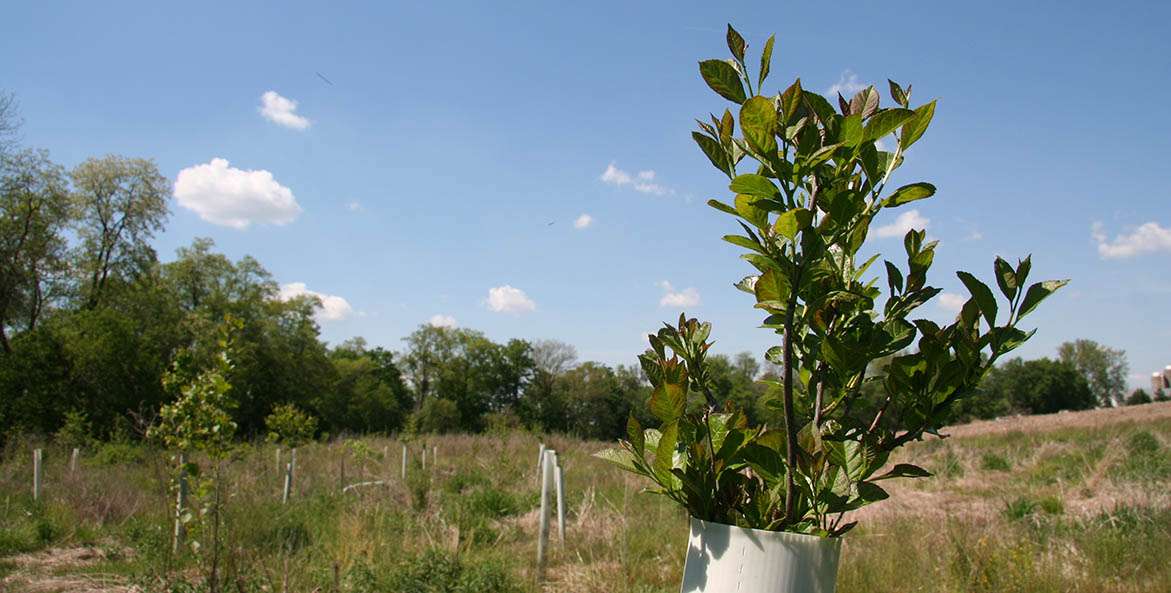 Landowners and hunters who initially planted trees to provide cover and food for the local white-tailed deer herd have since come to appreciate the myriad other values that trees bring. On hunting grounds, those same trees improve water quality by reducing polluted runoff, sequestering carbon dioxide, and providing food and habitat for wildlife.

“One of the main reasons for trees was the deer population,” Lancaster County farmer Rodney Garber says. “We were trying to increase our hunting capacity and wildlife and thought it would be cool if we had 20 acres of land that we could hunt. So, we began doing research on the program and saw all the other benefits, like the [stream] buffer.” 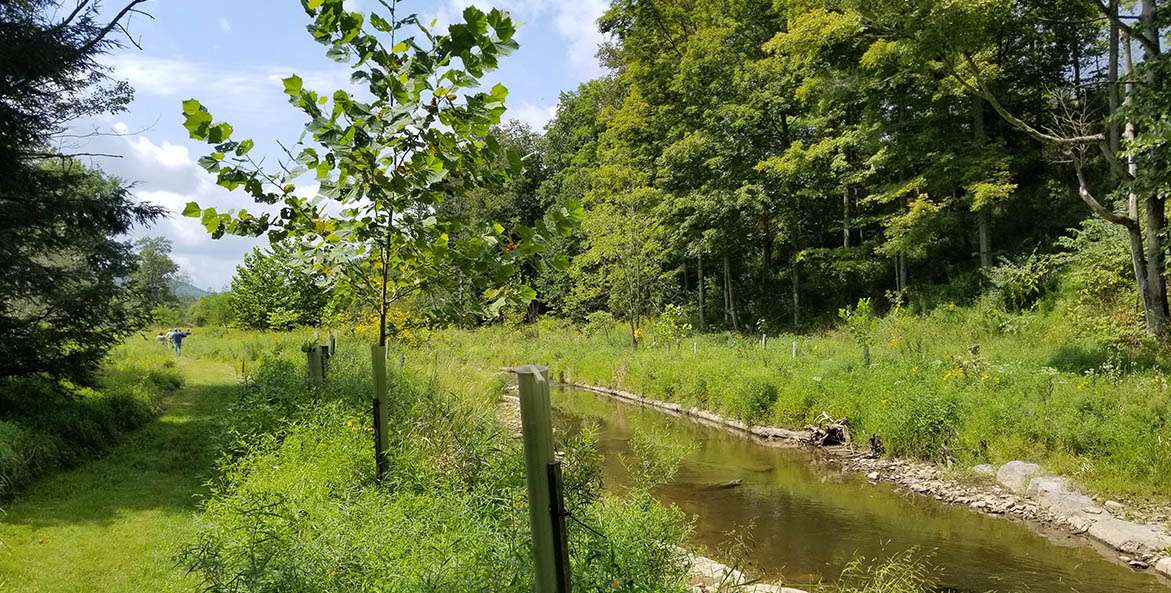 Garber enrolled 20 acres in the Conservation Reserve Enhancement Program (CREP), including nine of those acres in a streamside buffer that protects Little Chiques Creek. Through the U.S. Department of Agriculture Natural Resources and Conservation Service, CREP helps farmers create plans and provides a rental payment for transitioning some of their land toward uses that restore local streams and waterways. CREP is one of the most cost-efficient and effective programs in the Commonwealth for reducing pollution in the Chesapeake Bay watershed.

“We have a lot more green space that is not being farmed,” Garber adds. “We love the fact that there is a lot more wildlife. We have a lot more deer. We appreciate having a place that we can have more woods on our property that we didn’t have before.”

At Pointer Haven Lodge in Centre County, Chip Brown planted trees along Elk Creek to protect the deer on his property. 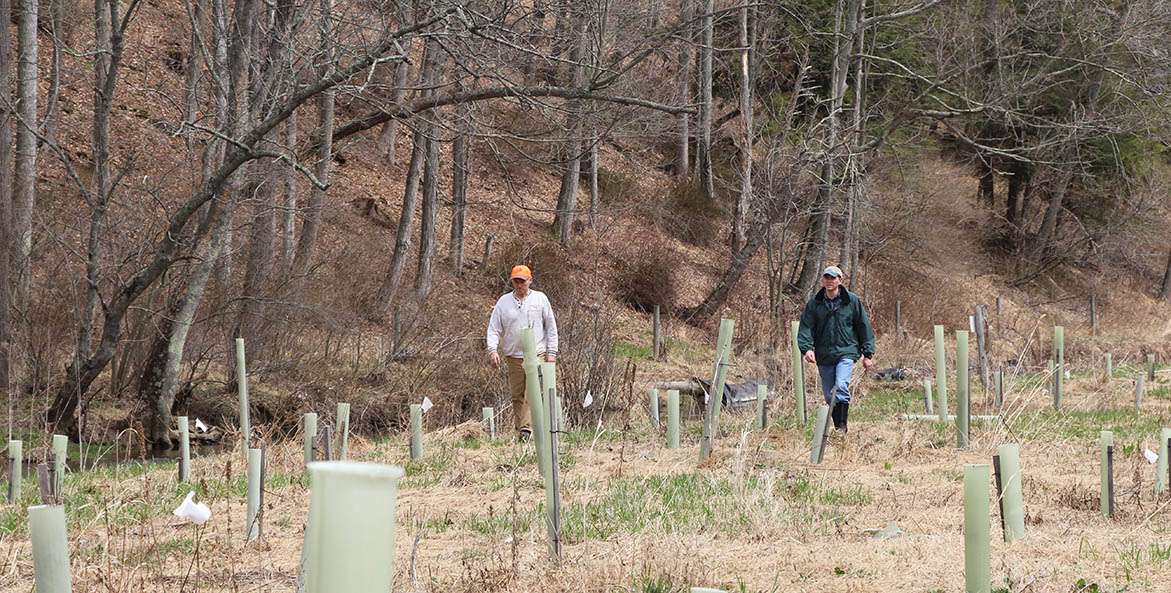 His neighbors were shooting across the creek and killing deer on Brown’s land. Then, of course, they were trespassing to recover the deer.

“People have this impression that, ‘If I’m on my land and I see a deer over on your land I can shoot it and then come over and get it,” says Brown. “I’m almost there where you are not going to be able to see onto my land from the adjoining neighbor’s land,” Brown says.

The streamside buffer was planted in 2012, and today, sycamores six inches in diameter and oak trees 12 to 15 feet tall help to shield Brown’s side of Elk Creek.

“I would have liked to plant some mast-producing trees,” Brown says, referring to the acorns and other foods certain trees provide for wildlife. “But the reality is, the deer just don’t let it happen. They browse the trees so hard. You have to go for sycamores and tulip poplars and black locust. Deer leave them alone.”

“The first few years it was a bit of a struggle,” says Frank Rohrer who worked with Brown to install the buffer when Rohrer was a CBF restoration specialist. “We had heavy deer and weed pressure in here. But Chip was very determined to make this a success.”

Brown and the sporting club that surrounds his property practice quality deer management (QDM) when harvesting whitetails. Brown defines QDM as harvesting anything 8-points or better with a 15-inch spread.

“It is not harvesting every legal buck, but mature bucks, and providing ample food sources,” he says. “We also keep deer out of the neighbor’s fields by planting food plots of forage soybeans, corn, and clover.”

During the 2020-21 seasons, hunters in Pennsylvania harvested an estimated 435,180 antlered and antlerless deer. As for the current slate of hunting opportunities, deer will be legal in some parts of the Commonwealth until Jan. 29. 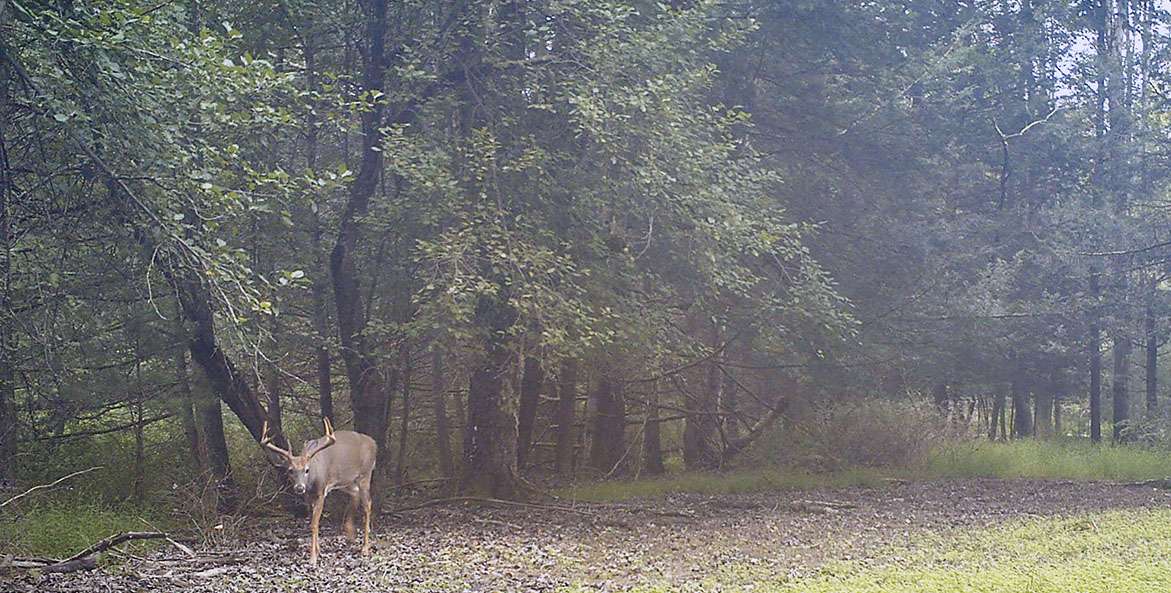 “I’m looking for places that attract deer and hold them throughout the whole year. Around this property I see a lot of things to do that,” Rohrer says. “There is this young forest at the buffer that makes for a nice travel corridor and cover and fawning habitat. The oak trees planted in here and mature trees provide hard mast for deer, turkeys, and bears and all sorts of non-game.”

The maturing streamside buffer on the 3.1 acres that parallel Elk Creek are also benefiting the winding, Class A stream. Class A streams are those that support naturally reproducing wild trout populations.

“This year, two hurricanes came through, where we got five-and a-half inches and four-and a-half inches of rain. You could see the trees did what they are intended to do,” Brown says. “The water never got enough velocity to remove anything. As the water came up into the buffer, those big trees helped keep any speed of the water from developing to wash stuff away.”

Other restoration work was done to add stone and log structures to change the intensity and direction of water flow, and stabilize the creek banks. In the spring of 2019, 47 different aquatic bugs that trout feed on were identified in the stream. “We’re now seeing more trout in the 1,800 feet of stream that was rehabbed,” Brown says.

Water quality in the Chesapeake Bay benefits, too.

“Even though it impacts us here, we know that these 20 acres in Lancaster County are a broader spectrum of benefit to what is downstream,” Rodney Garber adds. “That was not important to me in the beginning, because I didn’t understand if it was going to be effective.”

Garber’s farm was the location of the official launch in 2018 of the Keystone 10 Million Trees Partnership, coordinated by CBF. The partnership’s goal is 10 million trees for Pennsylvania by the end of 2025, which will help trap and filter pollution before it flows into waterways.

“I think the broader and greater idea that we are contributing to something that will outlive us is what’s great about it,” Garber says.