Donegal TU members and volunteers planted and cared for buffer trees and shrubs on Fishing Creek, Penn. in October. 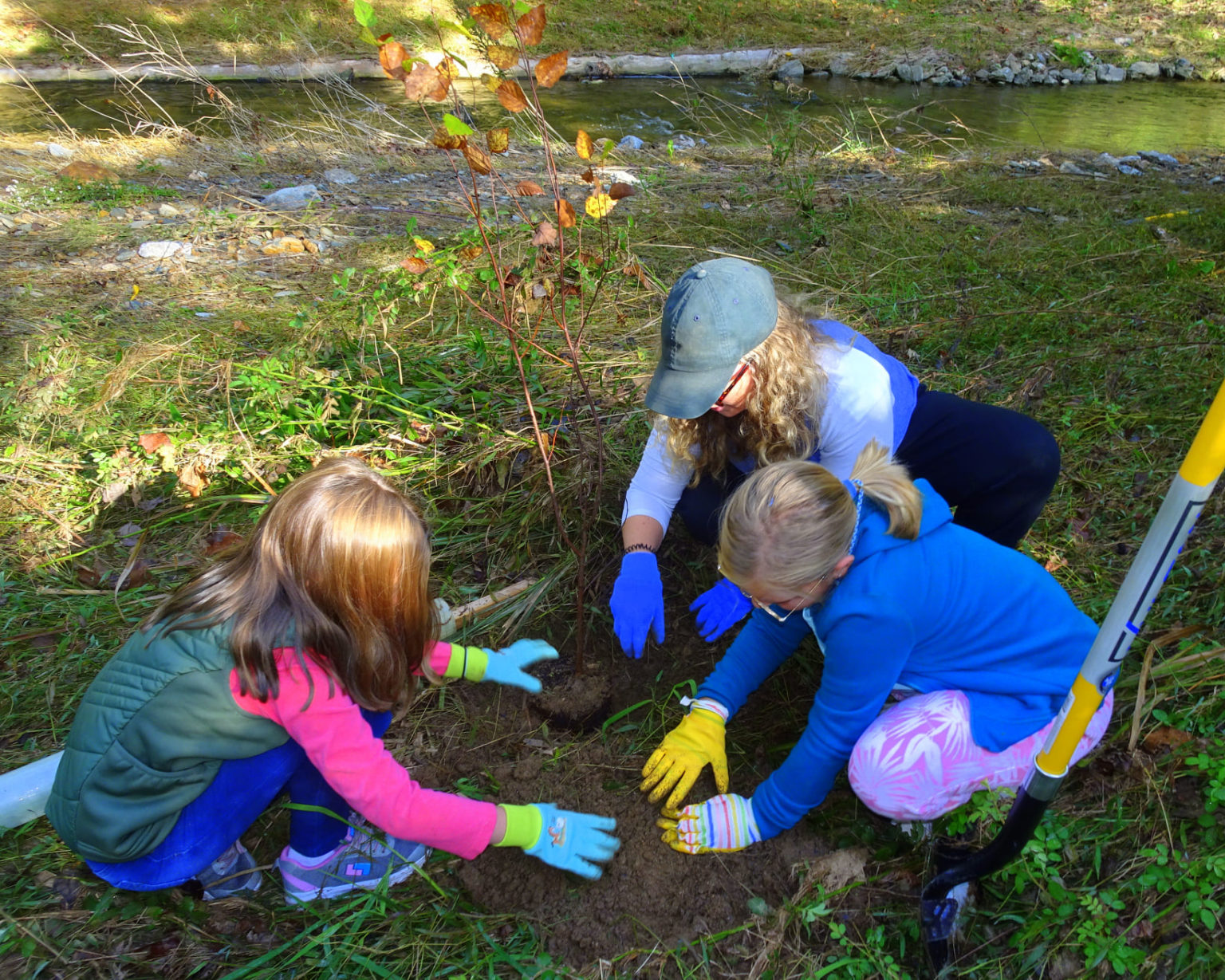 For us Flatlanders who live by the Chesapeake’s tidal waters, it’s all too easy to forget where our Bay‘s freshwater comes from, but folks in Central Pennsylvania love their streams and creeks just the way we do our big water. Some of them take very good care of those waterways, like the Donegal Trout Unlimited Chapter of Lancaster County, Penn.

For the second time in its history, these trout conservationists won the 2021 Best Chapter (among 52) from PA Trout, the largest state council within the very large national organization of Trout Unlimited. Founded 55 years ago as a fly fishing club for students at Donegal High School, the club states its mission is to “protect, reconnect, restore, and sustain the coldwater fisheries and their watersheds in Lancaster County.”

As for watersheds, Lancaster has many formerly-high-quality streams that have degraded gradually over the past two centuries under increasingly intensive agriculture. That has caused pollution problems not only locally but also downstream in the Susquehanna and the Chesapeake. The problems have been severe, but a broad partnership of farmers, government agencies, conservation districts, agriculture consultants, local watershed associations, and conservation organizations have been working hard over the past half-century to turn those problems around with conservation practices that range from fertilizer and manure management to fencing livestock out of streams and planting woody buffers along them.

For all that time, Donegal TU has been one of that partnership’s shining stars. Many of its 885 members are trout anglers who want to give back to the streams they love, but an increasing number of members are simply there to help foster clean water in the county. The chapter is one of the founding members of Pennsylvania’s Keystone 10 Million Trees Partnership.

Last year, Donegal fought for $1.7 million in grants developed for stream restoration in five county watersheds, it had 700 members, partners, volunteers, and supporters directly involved in hands-on stream restoration projects, and 7,000 trees, shrubs, and live stakes raised in the chapter’s nursery at the Millport Conservancy.